Chemicals play a crucial role in our lives, and we contact them in our daily lives. Some essential chemical compounds we use every day are listed below.

Sodium chloride is an ionic compound. Sodium chloride is the chemical term for common salt. Sodium is an electrolyte that regulates the amount of water in the body. Excessive sweating, dehydration and other causes of sodium loss are treated using sodium chloride. Muscle contractions and nerve impulses are also affected by sodium.

One of the most common compounds, calcium carbonate, is initially seen in school classrooms, where chalk is used. The pulp and paper business uses a lot of calcium carbonate. It can be used as a filter and a pigment, resulting in a whiter, grater-quality pigment than some other minerals. Calcium carbonate can also be used to supplement vitamins and as a food ingredient for livestock and people.

Hydrogen peroxide is a common chemical used to treat both home and industrial waste. It is used as a disinfectant as well as a bleaching agent. It’s used to bleach pulp and paper, as well as wastewater treatment and wound disinfection. For safety reasons, the colourless liquid hydrogen peroxide is utilised in an aqueous solution.

Calcium hydroxide is a white powder that doesn’t have a distinct odour. It is employed in various industrial settings, including treating wastewater, paper manufacture, construction, and food processing. This chemical also has health and dental uses. Fillings used during root canal procedures often include calcium hydroxide.

Because the nitrate ion can be replaced by different ligands that bind to the silver ion, silver nitrate is a highly versatile molecule. This chemical is employed in photographic films because it can generate a precipitate of silver halides when exposed to halide ions. A diluted solution of AgNO3 can be injected into the eyes of a baby born to a gonorrhoea-infected mother, which kills the gonococcal bacteria and protects the child from blindness. This substance has also been utilised in the treatment/removal of undesirable warts in humans.

Tartaric acid is a necessary food additive commonly combined with baking soda to act as a leavening agent in recipes. Natural sources of tartaric acid include tamarinds, grapes, bananas, apricots, oranges and avocados. Except for uncooked foods, they can be utilised in any form of food.

how to avoid corona virus

The Best Ways To Play Online Poker With Friends 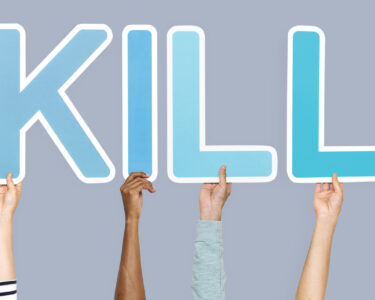 How can project management skills contribute to your…